You are here:
89 PGTFord Probe 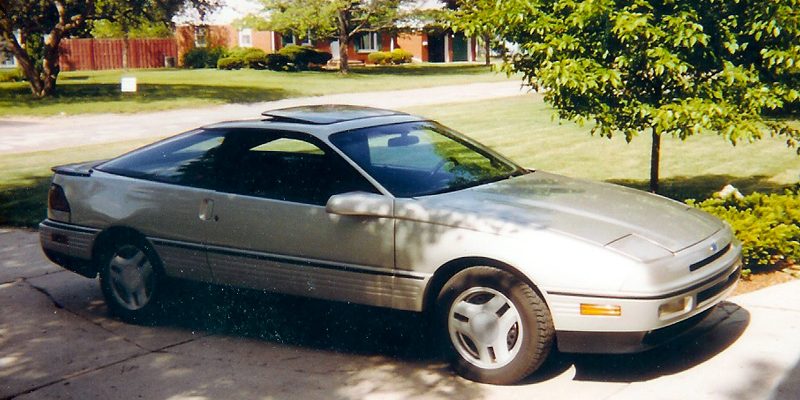 To understand my 1991 PGT project.  A history must be told:

My first car was a 1989 Ford Probe GT.  My father initially sparked my interest in the Ford Probe by letting me know a coworkers son was selling one just like he used to own.  I had been loaned a few cars right after I got my license by family members but always wanted something of my own to tinker with.  I worked during the summers and saved up the $1,000 dollars to buy the probe.  I still remember how my dad talked about his 89 PGT, “It had these really unique ground effects, like they were shaped with a plaster scraper”.  I admit, it wasn’t that part that hooked me in.  I barely remember when he got his car in 1988, I was only 7 years old.  The thing that intrigued me enough to take a look at his coworkers car was the fact that it had a factory installed turbocharger.  I remember arriving at the Livonia Ford Transmission plant to take a test drive.  The first time that turbo spooled, I was sold.  It had the most unique sound, and a powerband that took you by surprise.  It almost dared you to not smile driving it.  Even in 1998, 10 years after it’s release, it still looked sleek and ahead of it’s time.  I pulled $1,000 dollars out of my pocket and drove it home that day.  I couldn’t have been prouder.